Tablesoccer.be was originally my thesis project at Artevelde, but quickly grew into a major side project. Because of my passion for foosball, I made a website for Tablesoccer tournaments with an online tournament organization tool, made in Laravel 5. I also made an Ionic app for iOS / Android. Tablesoccer is used multiple times a week for organizing different tournaments all over Belgium. 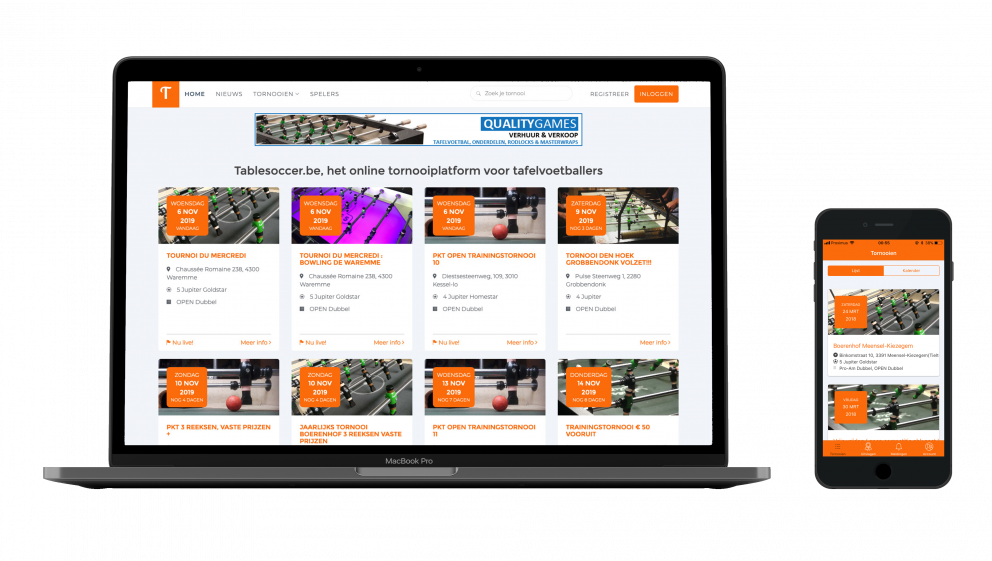 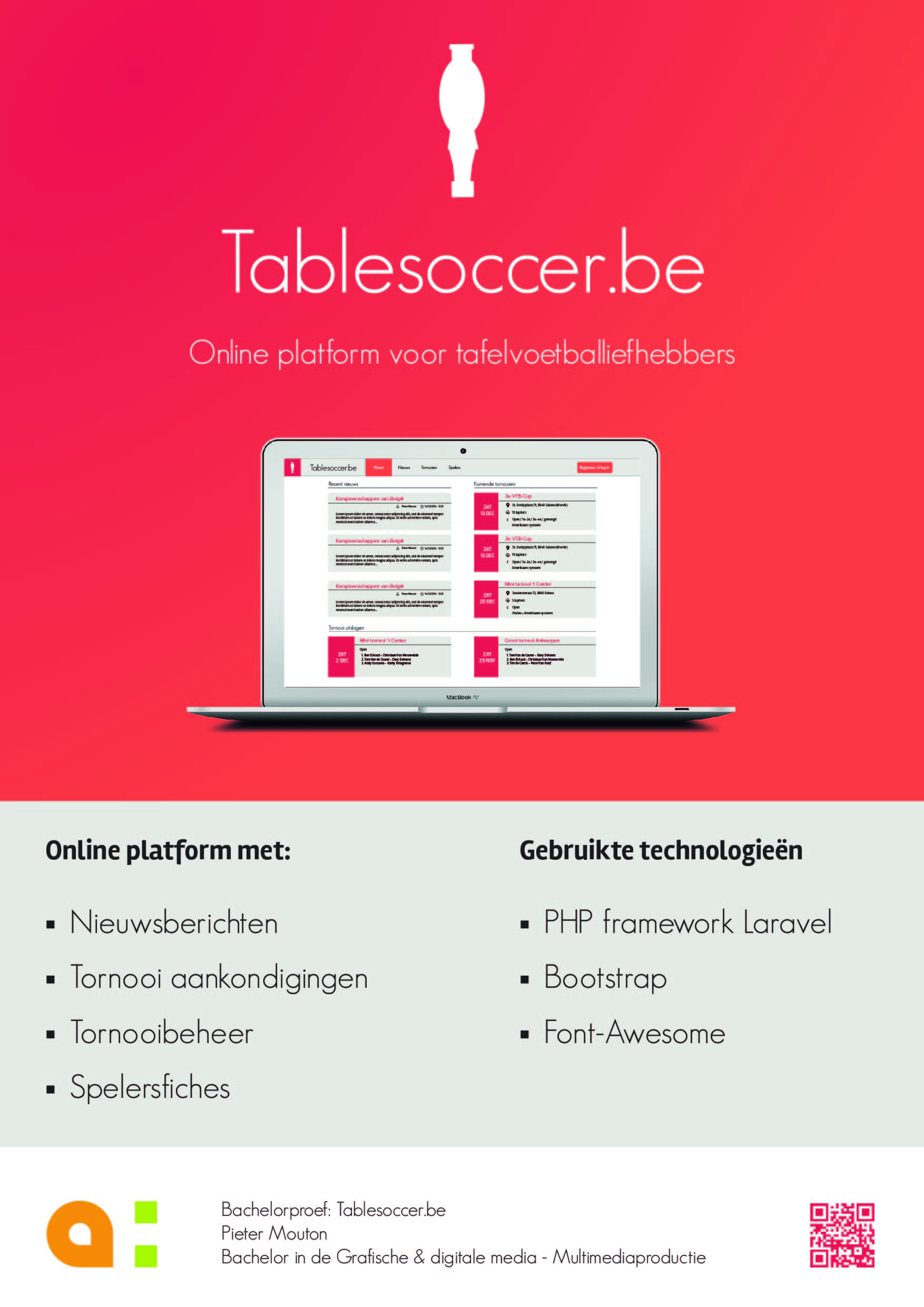 Where it all started...

Tablesoccer.be originally was my bachelor paper. I developed a webapp for my favorite hobby: foosball. I made a platform for announcing tournaments and news, players from all leagues in Belgium are also added to this webapp. There is a management system, which takes care of the organization tournament on the day itself. You can start your tournament and the management system does nearly everything for you, it generates matches and calculates the results for each match. 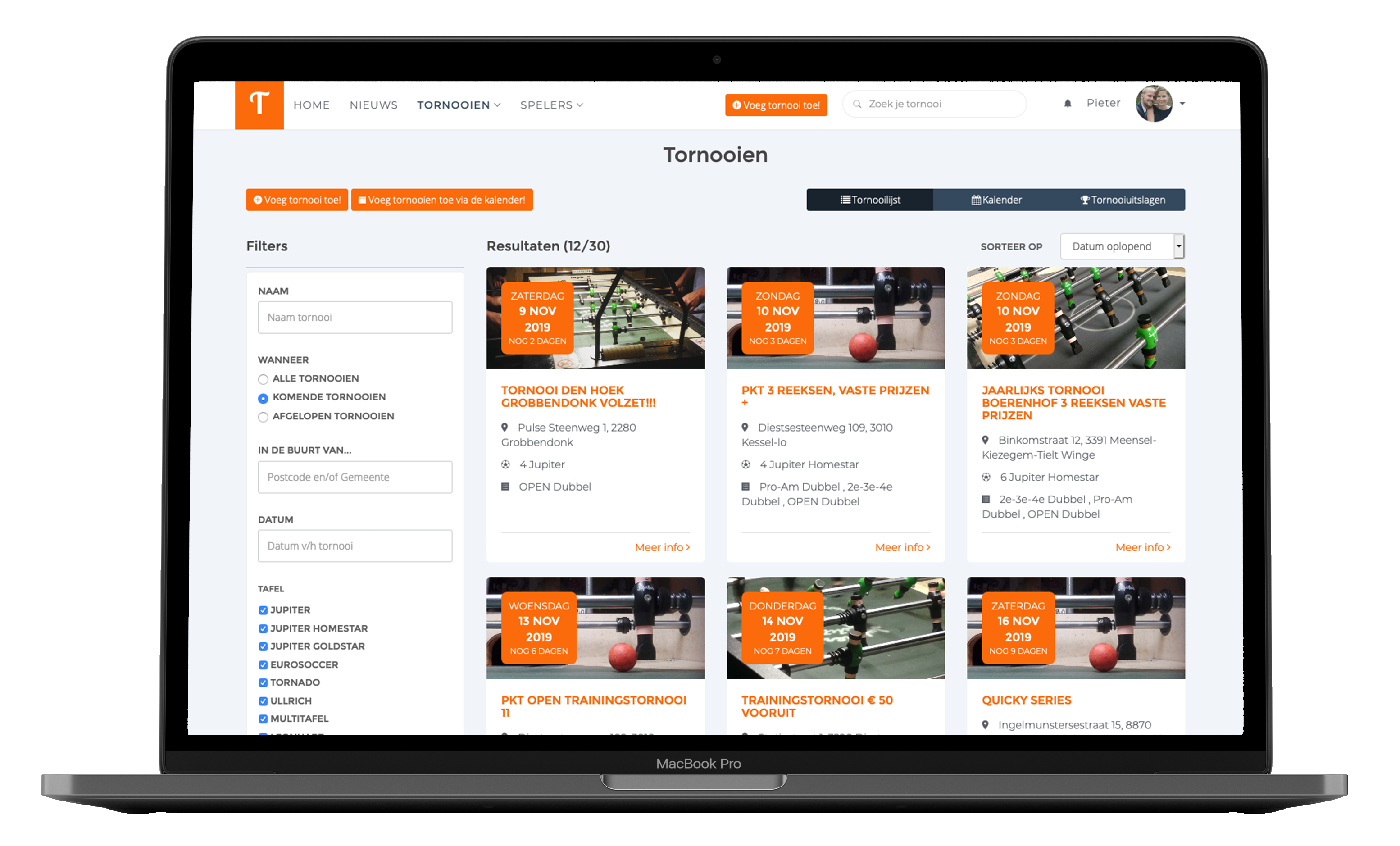 When the first release was launched, the service of the tournament management system was pretty basic, so users couldn't really customize their tournaments and a lot of things weren't possible. I kept on adding new features for a couple of years, as a side project. I also changed the design multiple times, for smaller parts of the site, because the functionality required it.

After 2 years, it was time for a big makeover. This redesign was the first huge visual change to the site and was the start of another round of new features: right now, there are 9 possible systems to organize a tournament. There are also features implemented that reply to the most common needs that every organization has. With this redesign, the site also got a huge usage boost. Right now, every week there are 4 to 12 tournaments organized on Tablesoccer.be. Something I'm very proud of. 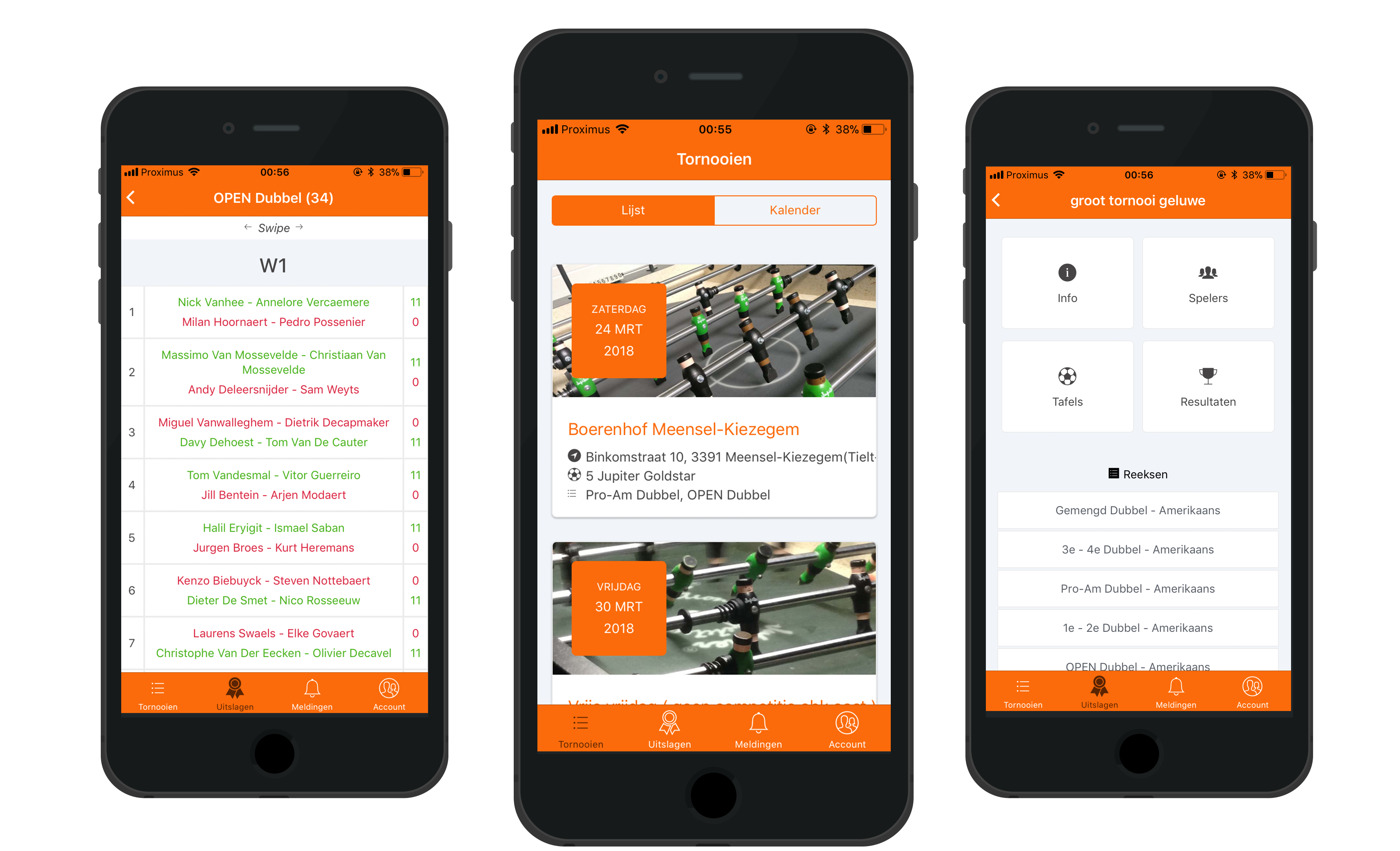 Tablesoccer app for iOS and Android

In 2018, I had a new dream: I wanted to build an app for Tablesoccer.be, fully integrated with the webapp I made before. In january 2019, I published the Tablesoccer app for iOS and Android.

I build the app using the Ionic framework. This is a framework that used webtechnology (angular for example) to build native apps. It was a nice experience building this app.

Players now can see all information from Tablesoccer.be on the app. They can also see the brackets and next matches they need to play. Next to this, players can also receive push notifications when they are signed up for the tournament or when they need to play a match. This last feature is a great help for the organization, because players get a push notification right away. 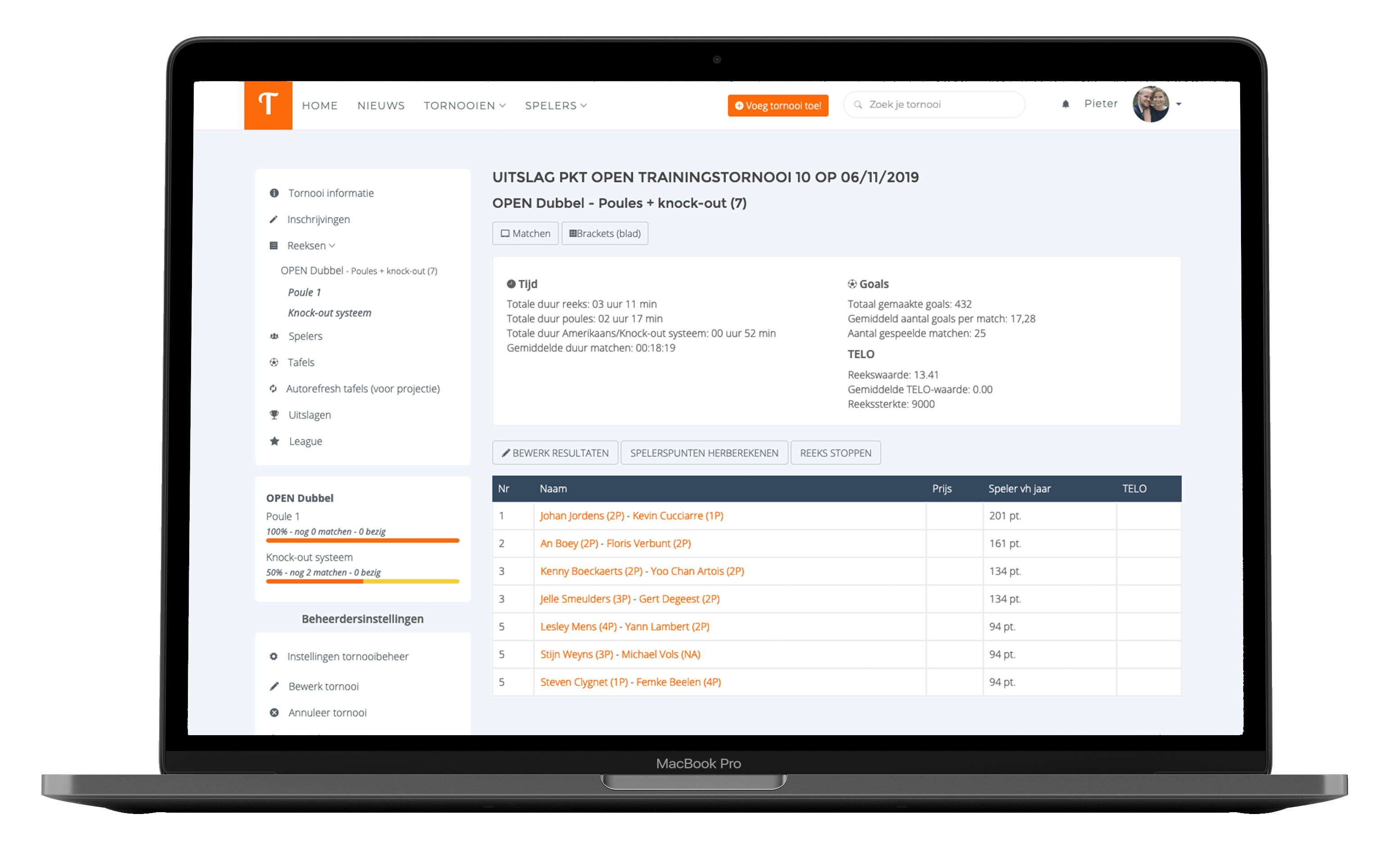 Things for the future...

I'm planning on adding multiple languages and optimizing the features that are currently already in Tablesoccer. I'm always open for new ideas, so I also have a couple of features ready to be added in the next release. I'm planning a big rewrite of the platform, with the main focus on code optimization and usability, as well as performance, but still with the same, well-known style and structure. I also want to improve the integration with Kicker.live, so the 2 platforms work together in a fluent way. Next to that, I also want to add functionality to the native app, so players have an even experience using the Tablesoccer app. 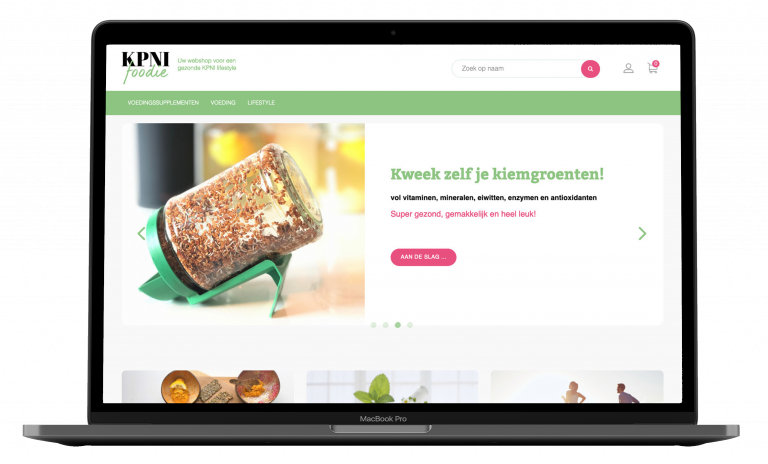 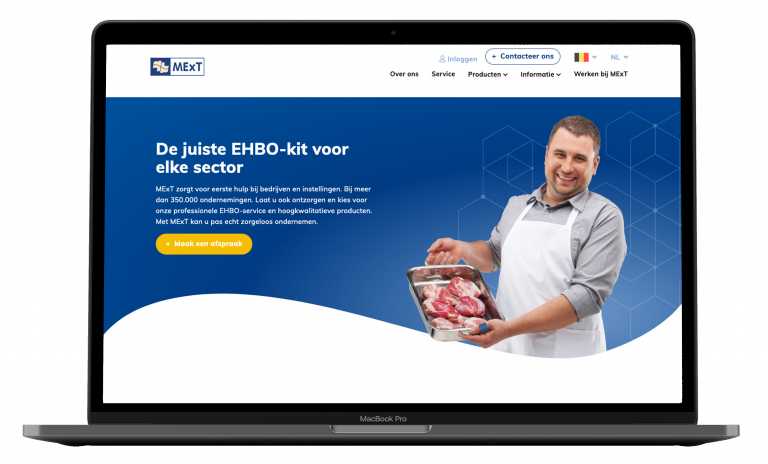